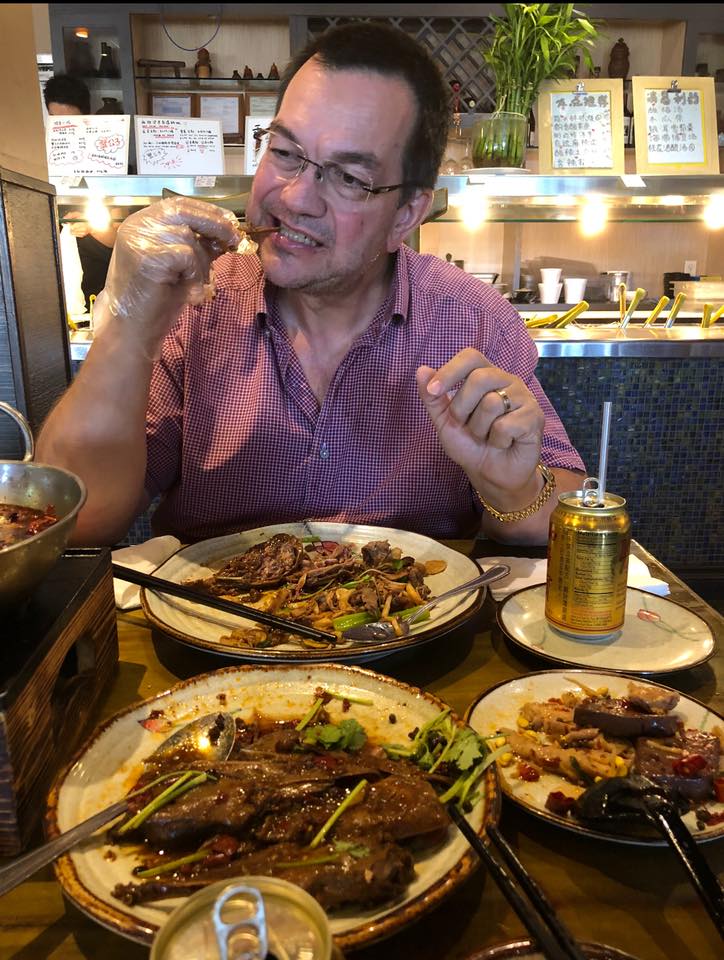 We hope one day Todd Snively will write a book about his life. Rarely do you find the kind of intriguing story that is very much akin to the mythological Phoenix.

We’ve been following him back way before he started his podcast series called Spitballing with Ecomm Elite and we spent quite a few hours, many, many episodes, going through his backstory.

Even though it was his first Podcast, people really liked it and asked him to continue making more backstory podcasts, because there were lessons to be learned in those experiences.

Will he get back to making podcasts? We’ve been trying to substantiate the rumors, as it’s been said he’s looking to start a “How to Sell on Amazon” podcast. If you’d like to listen to his last podcast series, they are available on iTunes or Podbean.

Matter of fact he’s taught over 6,000 people how to make money selling on Amazon, but, as I’ve told them, that’s not the only way I make money online.

He has created many, expensive, training programs.

He has made hundreds of thousands of dollars with Adsense.

He’s an SEO expert (when he needs to be).

Todd has presented in front of thousands of people, and has successfully created numerous businesses, including one spectacular failure.

Todd Snively has spent HUNDREDS OF THOUSANDS on training, books, workshops, software, businesses, masterminds, seminars, advanced trainings, etc. He says he does that for one very simple reason.

Every time he has spent money it’s been with the goal of making money, He’s made money, but not always the way you think. Sometimes the theory, the overall thinking, is really, really good, but the training is lacking, the tools are inadequate and there’s just no way to accomplish making money online with what you are given. Sometimes you just have to make it your own and fill in the blanks. That’s one thing he is really, really good at.

Not too long ago he started paying attention to the myriad of make money online programs out there, and in case you hadn’t notice, there’s a metric crap ton of them! As you would expect, many are just lousy money grabs from unscrupulous marketers just trying to separate you from your money, and some are really, really good opportunities.

Todd Snively has buying, analyzing and implementing online money making programs longer than most, but virtue of the simple fact that he is a little long in the tooth. He’s not that 23 year old kid doing a webinar next to his Lambo in the garage. That’s just douche baggery of the highest order.

Don’t get me wrong, Todd Snively has owned just about every luxury item you can think of, including his own twin turbo prop Cheyenne (he’s been a licensed pilot since 1978). He could tell you stories of waking up in the morning in Michigan and deciding to fly to the Bahamas non-stop in four hours for the weekend.

But so what about all that stuff? Those facts alone only mean that he can make money, it doesn’t mean squat to you.

What should matter to you is whether or not you want to try to learn from his decades of experience, both good and bad.

You can Learn from Mistakes

Todd is the first to admit that he’s made a lot of mistakes. Because of the mistakes, there’s some people that won’t want to work with him, and that’s fine. But, let me tell you a little secret, everyone makes mistakes. Some are more public than others. Some are grossly misreported, and some never see the light of day, but they were still made.

We know of marketers out there right now that just don’t have a soul. They will tell you anything you want to hear in order to get you to open your wallet and they won’t lose a single minute of sleep when they don’t deliver to you what was promised.

Todd Snively is not one of them.

Todd Snively Walks Away From One Million Dollars

When they offered him even more money to re-launch, he turned them down. That’s right, he walked away from over one million dollars because he didn’t like the ethics of the others involved.

How often do you hear about an interest marketer walking away from a million dollars?

You Must Deliver on the Big Promise

If Todd is going to upset you, it’ll most likely be from being too honest with you. Some folks just get too emotionally connected with bad ideas. So much so, that when you try to tell them they are hanging onto a bad idea they react like you just kicked their dog.

There’s lots of interesting personalities on line with all kinds of different levels of experience. One of them that we am still trying to decide how we feel about is Jordan Belfort, or who many know as “The Wolf of Wall Street”. Jordan gained a lot of notoriety when Leonardo DiCapri portrayed him in the movie of the same name. I don’t think you’ll see Todd Snively being portrayed by anyone in any movies soon, but nonetheless, his story is compelling.

Jordan made mistakes in his stock brokerage business. A lot of significant mistakes. Remember, some people’s mistakes are more public than others. We stopped judging people a long time ago. The question we find ourselves asking is can we look past Jordan’s mistakes and still learn from him. We haven’t answered that question for ourselves yet, because we are not really looking at working with him at the present time, but we are a big believer in second and maybe even third chances. We know that people can change, because we’ve seen all the changes we’ve been through in my own lives.

So, why should you listen to anything Todd Snively has to say? Easy, he’s been an entrepreneur since 1983, with one short stint as a commercial pilot thrown in for good measure, and has been involved in a lot of online businesses. Bottom line, this guy knows his stuff.

If you decide to follow this online money making experiment of ours, you’ll see that he like to go down rabbit holes. He’ll start talking about one thing, and it’ll bring up a tangent that has a shred of relevance to the original topic, but contains some wisdom all on its own with respect to another aspect. If that kind of non-linear thinking drives you nuts, then this for sure will not be your cup of tea.

He’s also not very good at speaking/communicating in a loving manner. He can be very blunt. We think it’s respectful to not waste your time with sugar coating truth. We can’t stand entitlement thinking, and that’ll be the quickest way for me to share some unpleasant thoughts with you.

His business partner, Mr. Chris Keef, is really good at helping people unpack old baggage that’s preventing them from achieving success. Todd is more the kind of person that tells you to suck it up and just do it. Guess which one of them has the psychology degree? It’s not Todd Snively!

Okay, enough of this for now. We might come back later and add some more stuff here, but we are wanting to just get onto the good stuff. Stay tuned.

This website uses cookies to improve your experience while you navigate through the website. Out of these cookies, the cookies that are categorized as necessary are stored on your browser as they are essential for the working of basic functionalities of the website. We also use third-party cookies that help us analyze and understand how you use this website. These cookies will be stored in your browser only with your consent. You also have the option to opt-out of these cookies. But opting out of some of these cookies may have an effect on your browsing experience.
Necessary Always Enabled
Necessary cookies are absolutely essential for the website to function properly. This category only includes cookies that ensures basic functionalities and security features of the website. These cookies do not store any personal information.
Non-necessary
Any cookies that may not be particularly necessary for the website to function and is used specifically to collect user personal data via analytics, ads, other embedded contents are termed as non-necessary cookies. It is mandatory to procure user consent prior to running these cookies on your website.
SAVE & ACCEPT